Géza Samu Museum is found in Pécsvárad, at the address Iskola utca 2. In the building once operating as a Catholic school, today there is a museum and exhibition on school history. 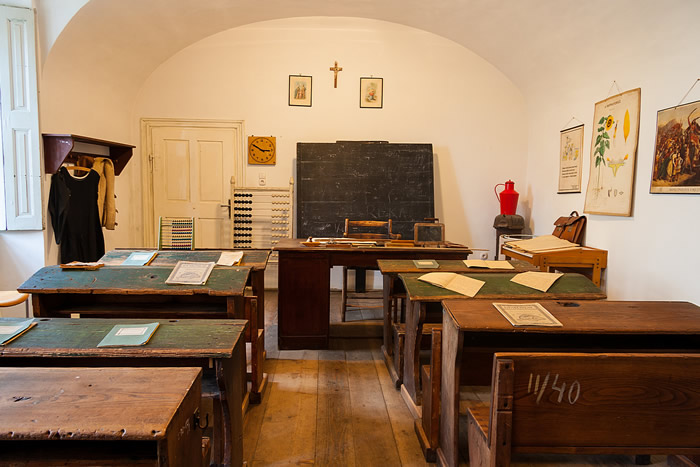 Having operated since the year 2000, the institution is not well known, yet it is highly valuable and absolutely unique. Even the building itself is beautiful: it was built in 1823, beside the vicarage. In the town of Pécsvárad each confession (Catholic, Calvinist, Jew and Orthodox) had their own churches as well as schools. The building was used as a school until the mid 1990s, but today only a classroom exhibition organised in what used to be the parish and the teacher's room is there to recall the everyday life of schoolchildren of the past. Upon entering the classroom, the visitor feels as if travelling back to the 1930s, and learns how teaching went on, what kind of textbooks were used, and what were the conditions like. Our children find it great fun to sit at the old desks, and enjoy having an entire class in the way it used to proceed in the old school.

Upstairs in the building, the visitor is immersed in the peculiar world of Géza Samu, offering lasting memories. Munkácsy Prize winner sculptor, Géza Samu was one of the most remarkable figures of 20th century Hungarian sculpture art. Born in 1947, his career started around the early 1970s. He worked with wood mostly, but with iron, stone and bone as well, and he used other special materials and tools for his work too, including plant seeds and bird feathers. In his artistic work he evoked and reinterpreted decaying factual elements of folk life, the everyday tools and utensils of peasant existence. In his creations resembling idol figures or puppets he engraved elements of folk tales and ballad components. According to his critics, his sculptures radiate elemental force, and his tone is unique, not resembling anyone else's (source: Wikipedia). 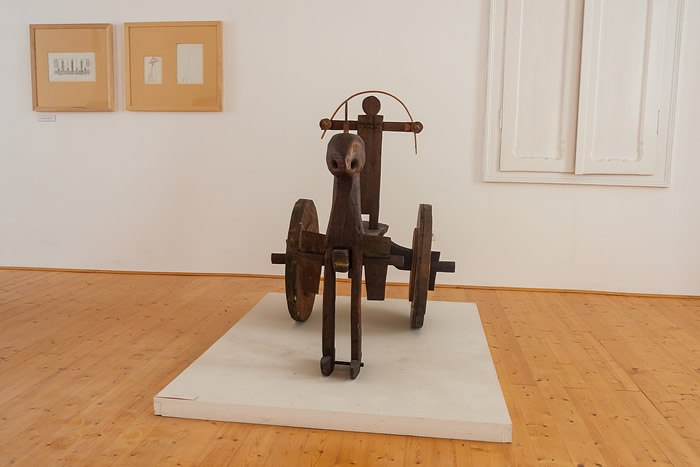 Géza Samu was good friends with Sándor Kígyós, sculptor living in Pécsvárad; this is why he had so strong links to the small town at the foot of the hill Zengő. When he died at the age of 42, his widow donated the majority of his legacy  to Pécsvárad where these items found their place in the nicely renovated school building, in the form of a permanent exhibition.

Géza Samu Museum can be visited only by prior arrangement!