Please browse through our programmes:

Pécsvárad is a town abounding in monuments and tourist curiosities. The way it looks today still reflects the dignity of the religious centre once founded by the king. This appearance dating back to many centuries ago, is fundamentally determined by the silhouette of the Catholic church and the castle in front of the backdrop of the Zengő hill. The town lies at the foot of the hill and around it, with rich civic houses and modest homes, lots of gardens, flowers and orchards. Its most valuable part is the upper downtown area, the only place in the country preserving the settlement structure of the Árpád period: crooked streets, stairways, scattered small houses… The lower downtown which is today the centre of the town, formed around the turn of the 18th-19th centuries. 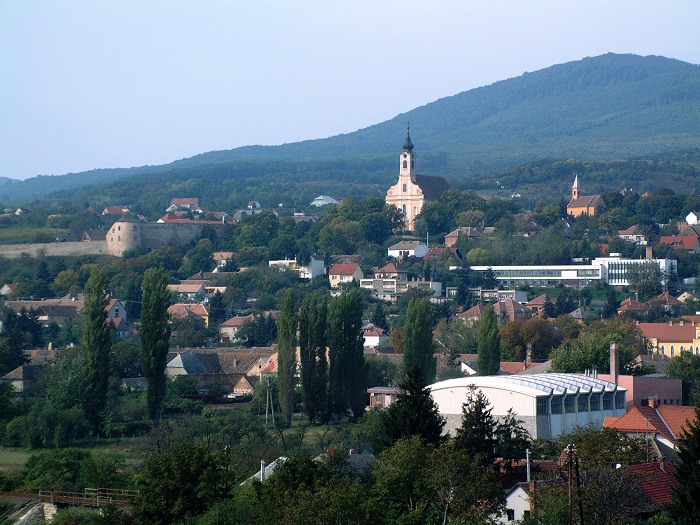 ​The town and the castle host popular programmes year after year:

The patron saint of Pécsvárad is Saint George. The coat of arms of the town shows the dragon being defeated by the knight, the symbol borrowed from the altarpiece of the Holy Trinity statue standing in the main square. As a tribute, Saint George Days are held in every April, on the weekend closest to Saint George's Day, the event encompassing three grand events. On Friday, the Saint George Day Wine Contest is concluded by the Wine Ball, on Saturday young musicians compete at the regional and national Meetings of Youth Wind Orchestras, and on Sunday the citizens gather in the castle courtyard to celebrate the Day of the Town with cooking, stage programmes with only local performers, and recently with the 'Várad Running' as well.

This series of events is held every August, as a cooperation between the local government, institutions and civilian organisations of the town. The tradition roots back in 1969 when the town, after prolonged debates, was finally given permission to erect a statue of Saint Stephen, first king of the Hungarians, having founded the Pécsvárad castle: the sculpture created by Miklós Borsos was erected inside the castle walls. Local people gathered to commemorate Saint Stephen every year, initially in a secretive way behind closed gates, and later in a more and more public way. Beginning in the 1980s, the days between the festival of the Assumption Church (15th August) and Saint Stephen's Day (20th August) were filled with an array of colourful cultural programmes. From that, Saint Stephen Days had evolved by the 2000s, already lasting almost a month. In their rich offer of programmes, those interested can find everything from exhibitions to popular feasts, from castle stage performances to folk dance shows, from classical and pop music concerts to children's days. 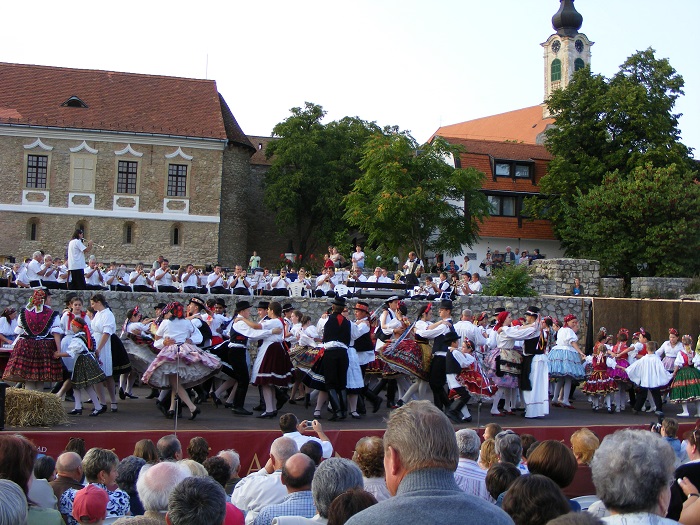 Having been organised every October since 1996, the Pécsvárad Fair of Lasses originates from the tradition of young people of the Reformed Church from Pécsvárad and the neighbouring Zengővárkony meeting every year on the weekend closest to 18th October, the day of Luke. This used to be a type of youth meeting, when young people could get acquainted, become friends, find a mate. The first night was concluded with a grand ball, and the next day people had the opportunity to visit the fair where they could buy those heart-shaped honey cakes with love confessions on them, so that there was no need to actually say those intimate words. This playful, cheerful festival was called the “Fair of Lasses” which now attracts visitors with programmes that become richer every year: the parade of traditional folk groups, dancing parade, grand night show, folk art market are all there to be seen in the centre of the town. 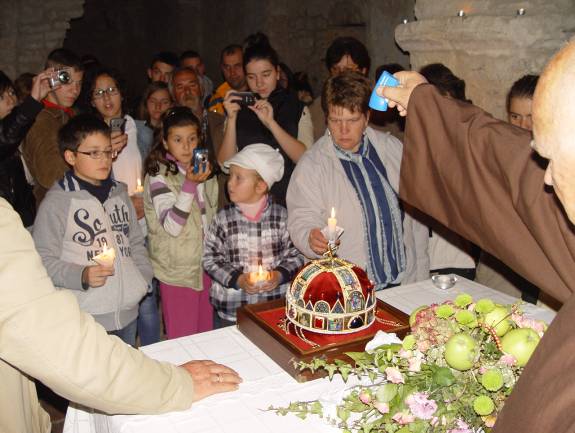 Most important guests of the Pécsvárad Adventure Castle are young people, children and families: we consider telling about our local traditions, cultural and historic heritage – all this in an adventurous way – to be our primary objective. There are many types of programmes available for our visitors throughout the year, some of which we offer not only for school groups on an excursion, but for families or groups of friends as well. Making handicrafts, cocoa-party with tales, packing food to be taken home for the Zengő-conquest, horseback archery show, exploring the town in an adventurous way on your own, classroom session from the 1930s, visiting a factory, Benedictine adventure game, and so on and so forth. Choose what you like the most!

This is a game with the Pécsvárad Castle as the scene: “Followers of historic heroes of fortresses and castles in South-Trasdanubia are sought, inviting young people from the country to an adventurous trial. Candidates, knights and ladies of the castle, can now prove their skilfulness and stamina in true heroes' trials, feeling identity with historic heroes of all castles and all fortresses, re-living their adventures. Stand 10 trials and bring the Holy Crown with Abbot Asztrik to King Stephen!” 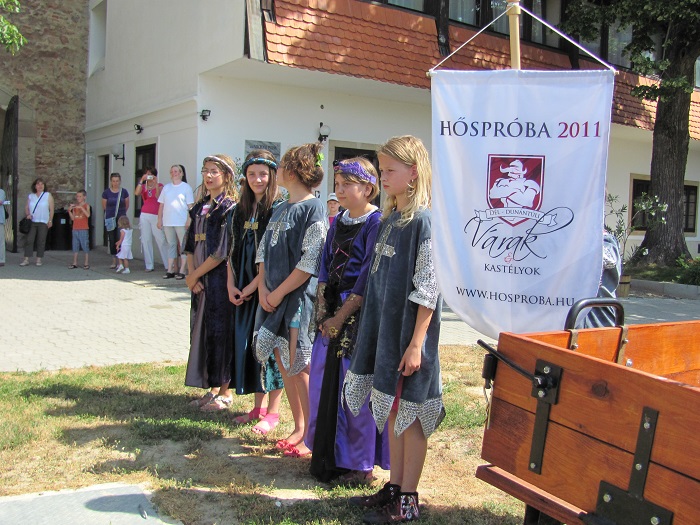 As part of the restoration of the Pécsvárad Castle, archery grounds will be created in the western part of the castle courtyard. The aim with this development is that visitors can see as well as try this traditional hunting and sport activity. There will be multiple shooting places allowing simultaneous shooting, even for the youngest visitors, as bows for different age groups will be available (together with all the accessories e.g. arrows and targets).

The market of true handicraft items and local products is held on the second Sunday of every month. The market hosts only invited craftsmen and sellers, offering assuredly high quality products, which restriction serves two major objectives – quite successfully as proved by the recent two years. Firstly, we want to provide market and popularity for local producers; secondly, we intend to ensure special experience, in addition to the high quality products, for people visiting the castle:  craftsmen, producers and artists are always willing to tell stories and chat enjoyably, thus contributing to such an image of Pécsvárad and the neighbourhood that no guide could ever illustrate. In addition, there is always some other programme to attract visitors together with the Castle Market, and King Stephen Restaurant always awaits the market weekends with a special menu.