Browse through the specialities of the castle:

The church of the Pécsvárad Castle was already part of Prince Géza's manor, i.e. it was built in the late 10th century meaning that it is the oldest existing church in Hungary. Its side walls and window openings are original, only the central, thick pillar was built later in 1157 when a devastating fire destroyed the vault structures of the originally three-aisled church.

The church is a consecrated place even today: although it was not used as a church for a couple of hundred years, after the archaeological explorations of the castle, Asztrik Várszegi re-sanctified it in 1996. 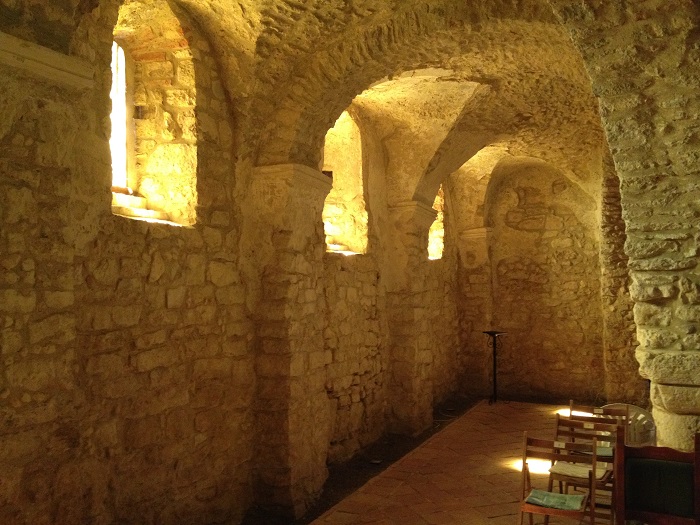 There is no regular service in the chapel, although for some years the early morning rorate masses in the Advent days have been held here. It hosts baptising ceremonies and, quite often, weddings. Many young couples choose this romantic environment as the site for uttering their wedding vows. Because the church has good acoustic features, sometimes there are prose and chamber music stage performances held here.

It is certainly essential to look at the fresco appearing on the right segment of the apse's vault. It is about the same age as the church itself, and it is peculiar in that it was painted in Byzantine style. Special features signifying this are the relatively large, black, forward-looking eyes, narrow and long nose, small mouth and oval face of the figure. The painting depicts one of the archangels – as tradition has it, possibly Saint Michael. The wings clearly suggest that he is an angel, and the broad golden shoulder stripe is a sign of high rank. Due to its age and style this fresco, the most precious and cherished treasure of the late monastery of Pécsvárad, is unique in Hungary.
​

Sculptor Sándor Kígyós was born in 1943 in Debrecen. It was there, in the “capital of the  Tiszántúl region” that he graduated (studying library and adult education, and later Hungarian language and literature), but from 1966 he lived in Pécsvárad, working as director of the Community Cultural Centre of the district, and as adult educator. While organising the Pécsvárad community centre into a significant cultural institution, he taught aesthetics at the University of Pécs, and lived a productive artist life.

His oeuvre is highly variable, differing along his artistic stages, focusing differently his artistic view. Initially, he intended to preserve materials that were formed by the forces of nature, but later he was inspired by the interaction between the natural, organic systems on the one hand, and those of the human society characterised by abstract shapes on the other. In his bent-shape structures that became typical after the late 1970s, initially he was alluding to fundamental social and existential problems, but from the end of the decade he begin laying the emphasis on the innate plastic values of these bent shapes.

Four years after his tragically early death in 1984, when the restored Pécsvárad Castle was opened, one of its buildings was devoted to the permanent exhibition of works by Sándor Kígyós. The remembrance exhibition which was inaugurated by the famous Hungarian architect Imre Makovecz has been receiving its visitors since then, throughout the opening hours of the Adventure Castle. It can be visited with the castle entrance ticket. 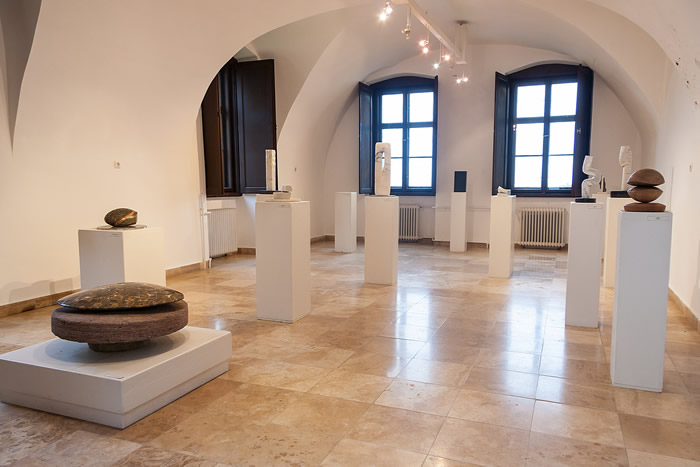 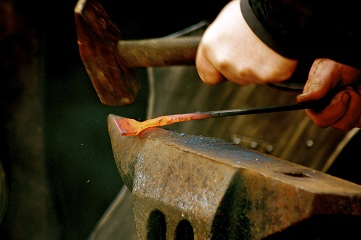 What should we know about this profession? How were horseshoes made? What other types of iron products were produced by the blacksmith, ranging from nails to hoe, from arms to ornaments? What was the use of a forge, bellows, anvil, and clamps? What do the terms stretching, compacting and bevelling mean?

Besides many other questions, our visitors can find answers to these too, in the blacksmith workshop of the Pécsvárad Castle. Moreover, not only there is a display of these historic utensils, but during various events organised in the castle, interested visitors can even test their skills in shaping different sorts of wrought iron objects! 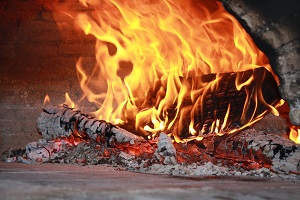 When trying to recall how everyday life went on in the castle hundreds of years ago, in order to have a good idea we should also look at what types of food were served for those who lived in the castle. What could be their favourite dishes? What ingredients did they use and how did they prepare the meals?

There is a semi-open kitchen display in the courtyard area serving the aim of presenting the culinary picture of earlier times. With a unique wrought-iron fire door, a huge, traditionally built display oven is situated on the levelled area, truly a spectacle in itself. An open fireplace and a roofed cauldron cooking unit are also built with the oven.

Visitors can look at the old baking and cooking utensils on display, and because it is a working kitchen, they can follow how the meals were prepared in historic times. You might even have the opportunity to try something actually cooked in the kitchen..
​ 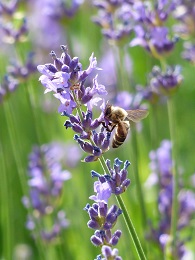 Monks of early historic times practised healing too. It is in the founding document of the Pécsvárad Abbey dated 1015 that healing work is first mentioned, assigning nursing and bath servants to the abbey. Related to their curing tasks, monks explored their natural environment where they learned which of the plants had medicinal and other beneficial effects on people. Not only they collected these herbs, but cautiously grew them too.

A Benedictine herb garden is revived in the castle yard, in the green area just opposite the main gate. Lavender, chamomile, lemon balm, oregano, mint, peppermint, pot marigold, foxglove and burning bush are planted here. A stone-lined, cobblestone path leads the visitors through the herb display area, with benches allowing people to relax and enjoy the sight of the variety of herbal plants and the past-recalling atmosphere of the garden.

Pécsvárad had an important role in the Hungarian hegemonic discords of the early 12th century. Around 1125 Prince Álmos fleeing to Byzantium chose this place to hide away his blinded son Béla, from King Kálmán. The young man whose sight had been taken away in a brutal way by his uncle, lived here for about three years. Later, already as King Béla II of Hungary he remembered Pécsvárad by offering donations to the monastery as an expression of gratitude.

During his years he spent here, the blinded prince is said to have spent hours sitting under a majestic chestnut tree. Based on this legend, the unique throne is now situated under the largest tree in the courtyard, in honour of the notable man once living here. The throne chair of King Blind Béla which actually stays above its surroundings due to a few steps in the terrain, is a work by wood carving artists Tamás Szabó and László Szabó. Visitors can have a true royal feeling here: they can sit in the throne and take photos to serve as lasting memories.
​

A separate stage in the history of the monastery castle is when Abbot Jordan had a palace built for himself in the courtyard in 1357. Although construction works proceeded in a luxurious way, the building was never completed. It is now represented by sections of wall remnants only.

Based on these wall sections, a visitor-friendly lapidary is created which can satisfy museum requirements too, and can host all the stones that used to rest in the storage facility of the castle building. The neatly shaped stone pieces of the building recall the three most important periods of the castle: buildings erected in the Roman, the Gothic and the Renaissance styles, respectively. A research storage facility is also created as part of the lapidary, where certain stones are available for scrutiny by students and specialists dealing with the particular era. 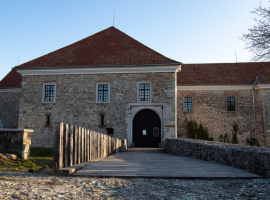 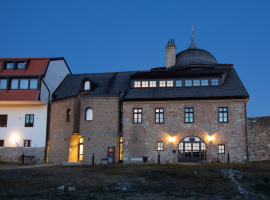 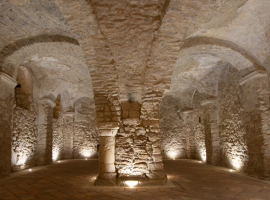 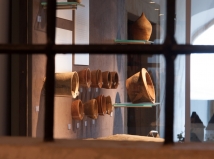 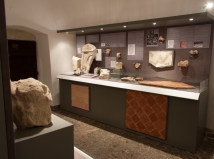 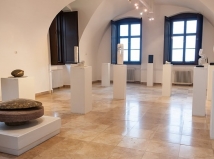 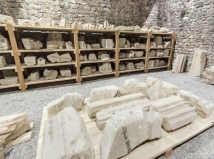 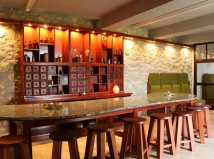 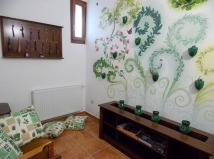 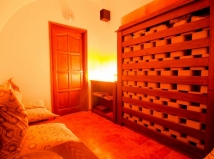 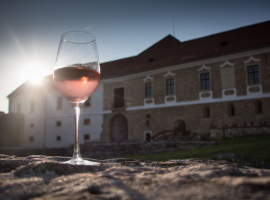